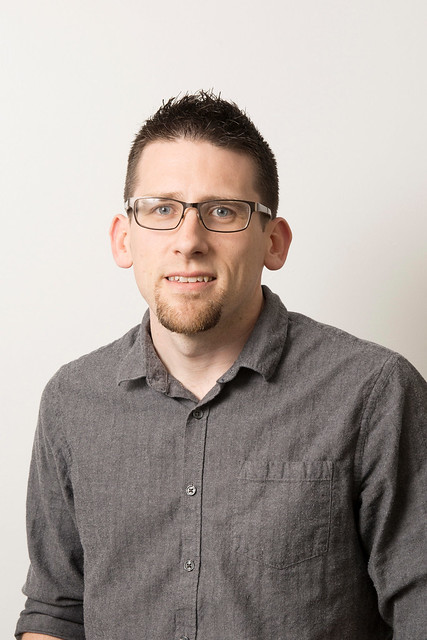 In 2006, soon after Brian Beaman received an associate’s degree in informational networking systems from Pratt Community College in Pratt, Kan., he began a job there.

“I don’t think it was even six months after I graduated that they had a position and my teacher recommended me for the job,” Brian said.

He enjoyed the work and wasn’t actively looking for another job. But one came to his attention anyway, he explained.

“The town I live in is pretty small. So for this type of job I have there are only maybe five or six places that have a similar job or require these services,” Brian said. “A job opened up here at Stanion for essentially the same thing. And it paid better and had better benefits. So I applied for it.”

He was hired at Stanion Wholesale Electric and started in 2012 as a system administrator.

While many in electrical distribution can tell war stories about a “disaster” of some sort—a construction site needing emergency replacement tools, for example, or a customer’s warehouse roof being damaged by harsh weather—so too can Brian talk about technology-based disasters that have made him rush to the workplace.

“I haven’t had any bad viruses here at Stanion,” he said. “When I worked at the community college we had a really bad one and for three days I was working from like 8 a.m. to 3 a.m. I was walking all over campus and had to shut the computers down one by one all over campus. That was a mess.”

While many in the electrical industry face constant learning and new product updates, Brian too has an ongoing learning curve.

“The biggest thing is that security is always changing. There is always some new security threat. There is some new way to mitigate that threat. Of course Windows changes a great deal. Windows 7, Windows 10. So you’re always learning about those,” he explained. “And there is always new stuff in the networking fields as well; faster connections, different types of connections.”

Brian is the father of two children, a daughter, Carra, nine years old; and a son, Wilson, who is four. In his spare time, Brian is a man of many hobbies.

“Oh, man. I feel like I collect hobbies,” he laughed. “I guess the main thing I do is I play bass guitar. I used to be in a band but I don’t have much time for that anymore. But I do still play at the community college. We have a band that does live music for the big musical that they put on every year.”

Along with a ‘91 Mazda Miata he enjoys working on, Brian has taken up beekeeping this year.

“It’s my first year. A lot of times you don’t get honey in the first year. The bees spend a lot of time building up the hive so we’ll find out in a month or two if I get any this year,” he explained. “I will probably keep some and maybe sell some at the local farmers market. You can also get beeswax out of it.”

A. That’s hard for me to answer because I don’t work much on the electrical side, of course. As far as my position goes, basically it’s important to always be learning. That is one of the biggest ones, trying to keep up with everything. I am kind of one of those who if I get interested in something, I dive in deep and do all kinds of research and learn all kinds of stuff about it. I’m one of those who is just trying to learn everything I can.

A. Most of the biggest changes I have seen on the tech side is how all the technologies are converging—where you used to have one box that did this and one box to do that. But now it is often just one piece of equipment that does all of those things.

In our server room, for example, when I started, we used to have three server racks full of servers and now we are down to one server rack that is only like half-full. The size of the equipment is getting smaller. Everything is multitasking instead of doing just specific things.