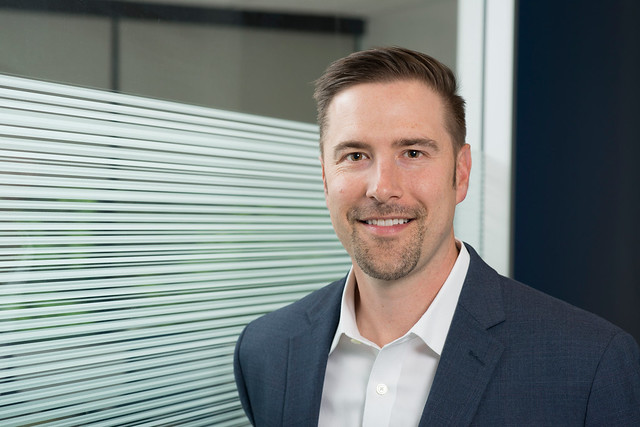 In 2007 when Brian Raegen was graduating from Michigan State with a degree in electrical engineering, the U.S. economy was starting to go into a decline.

“And there especially wasn’t much available in Michigan at that time. The auto industry had taken a huge hit,” Brian said.

But he always liked electrical work and had an attraction to the sales end of things.

“I knew I wanted to do something with electricity. The power side of the business is more interesting to me. That’s basically how it all started,” he explained.

He graduated from Michigan State in December 2007 and started at Schneider Electrical in Seattle in January 2008.

Plus, he explained, he could see a disturbing trend in the industry as some jobs were being outsourced overseas.

“I knew that sales was one area that would be probably among the last to get outsourced,” Brian explained.

He enjoyed the work and the people at Schneider but moved on to Siemens’ Seattle location in 2013.

“The main reason was that I saw room for faster growth at Siemens. A position opened up that would allow me to call on all the large contractors in the area,” Brain explained. “The other thing was that, after seven years of being with one company, I wanted to experience a little different culture and different ways of thinking. I knew that jumping ship would get me out of that comfort zone and allow me to do that.”

With all he had on his plate, Brian managed to find the time to work toward his MBA at Seattle University. He completed those studies in December 2015.

“I wanted to get my MBA strictly to learn, especially on the business side of the fence, and to network locally and nationally with a good group of people,” he explained. “It was an excellent program and it kind of made me turn off work at a certain time each day and go into learning mode.”

“I spend about 15% of my time prospecting for new accounts,” he explained. “I spend probably 60% of my time dealing with my largest accounts and making sure that Siemens is doing everything possible to satisfy their wants and their needs.”

Brian and his wife Nicole have three sons: Brady, four; Eli, two; and Will, who was born in early August.

His hobbies, time permitting, revolve around his young family.

“I like helping to coach T-ball and different sports for the kids,” he said.

He is a fan of the Seattle teams, the Mariners and the Seahawks. And ever the optimist, he has a deposit on future season tickets for an NHL hockey team that doesn’t play in Seattle yet.

“We’re getting a hockey team in 2020. So I have some season tickets reserved for that. They have to build the arena still,” he laughed.

A. I tell them to be honest with themselves about what it is they like to do and follow their passion. And work really hard to make that happen. They need to go out and be go-getters and be attached to the people who will help them get there. And the young professionals should, in turn, help them out as much as they can.

A. Everyone always says it changes so fast. The one thing that doesn’t change, and will still be true in five years, is that people want to be dealing with people. I see maybe some of the challenges changing a little bit and some of the technology we use changing a little bit. But at the end of the day, I think you’re still going to have contractors, distributors, manufacturers and end-users all working in sync for a common goal. They are going to want to deal with the people they like to deal with. There might be a little more machine interaction to get things done but I think the real complex stuff is still going to be people to people.