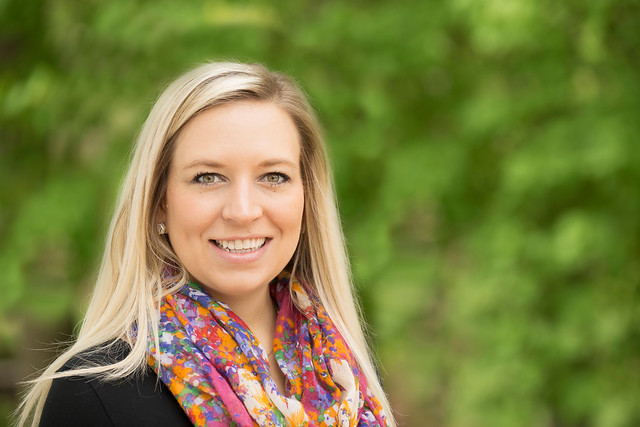 Jillian Haage first heard about the electrical industry long before she started working in it. Her father worked in outside sales for a distributor.

“So I grew up seeing the industry. I kind of had an idea about it. I have a marketing degree and I knew I wanted to be in sales but I did not set out directly for the electrical industry,” Jillian said. “I thought I might get into pharmaceutical sales.”

She graduated with a marketing degree from West Chester (Pennsylvania) University in 2010.

“The pharma industry was facing a lot of layoffs and it wasn’t as glorified as it seemed,” she said. “At first I wasn’t sure if I wanted to do what my dad was doing. But I gave it a shot and I ended up really liking it. I first started with Synergy Electrical Sales. That gave me a good taste of the industry since they had multiple product lines.”

Jillian started in the marketing department at Synergy Electric. Over time, though, she moved into a sales role, which was her goal from the beginning.

She always was attracted to a sales career, she explained, in large part because she saw that it rewarded hard work.

“I was always motivated by how the harder you worked the more successful you can be in sales,” Jillian said. “I liked the idea that you were incentivized based on the effort you put in. That was always motivating to me in pretty much anything I did.”

Jillian moved on to Leviton in 2014. Her current title is sales representative, distribution. Her sales area includes the Philadelphia and metro area.

While she faced a steep learning curve when she started at Leviton, Jillian now is the one doing the teaching as she has conducted several contractor and distributor training sessions.

“That meant that I finally grasped the products. In our industry, you’re always learning. But then being able to feel comfortable enough to pass that information along and teach somebody, that is a whole other comfort level,” she explained.

She initially faced some skeptical groups in her first few classes as an instructor.

“I really have to know my product and be confident in what I am presenting because a lot of times, with men being the majority in the industry, they like to challenge me,” Jillian said. “They’d ask themselves, ‘Just how much does she really know?’ Sometimes they will ask me, I feel, more questions or harder questions than they might ask somebody else. So being confident in answering them is a whole other level of accomplishment than just learning the product. And that takes time. It doesn’t happen instantly.”

She and her husband Eric have in the past enjoyed various hobbies, including traveling. They also have a dog named Murdock.

“Over the past couple of years we have enjoyed traveling. Also, being outdoors with the dog is another big hobby of ours,” she said

However traveling has been put on hold as of this past June, Jillian and Eric welcomed their first child, a son: Silas Jack Haage.

“Yes, life has changed a little bit,” she laughed.

A. I would say not to be afraid of our industry. There are a lot of opportunities in this industry and I think we need more young people. I think it can be a little intimidating. When you first look at it, it might not seem that glorious but there are a lot of interesting things in it, a lot of technology. And the fact that it has been an older industry—the average age is older than most—I think that could be intimidating to a younger person. My advice would be don’t be afraid and dive in.

Just look at everyday items that people are buying online instead of going to a store or brick-and-mortar locations. I think it will be a while before that fully takes over so I don’t want to exaggerate it. But getting our industry prepared for that type of sale is going to be interesting. It’s a lot of work but that’s where the young people that we need can come in. They understand that and, frankly, are the ones who are driving that online sales momentum. They grew up with that.

But sometimes the biggest downfall of our generation is we hide behind our technology, especially being in sales and in our industry. I think it is still important to get out from behind the cell phone. Go visit a person face-to-face because there is still a lot of value in that. That is one thing I would say that our generation doesn’t do enough of. That’s something that will never go away but, unfortunately, you are seeing less and less of it.