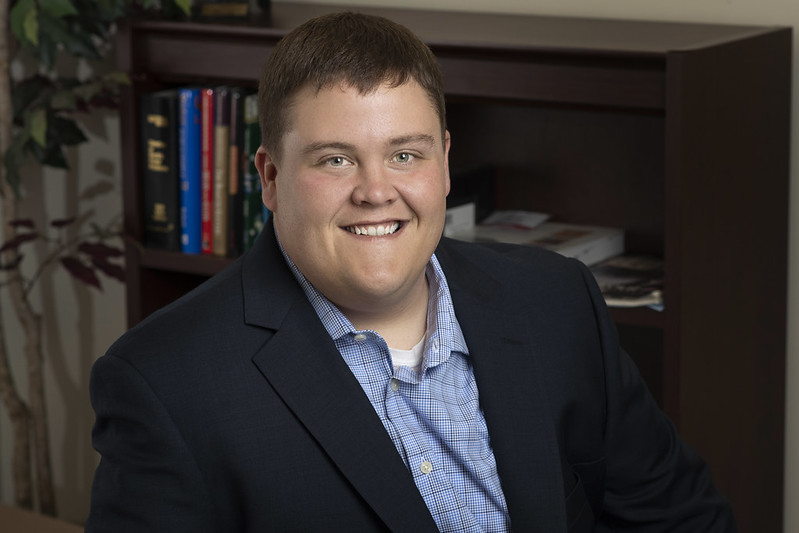 When Charles Anderson (Chuck to one and all) was graduating from college, the father of a close friend asked if he’d be interested in working at his company, Border States Electric.

“They were hiring for its warehouse,” Chuck explained. “So I said yes and he got me in.”

Border States, and electrical distribution, were an eye-opening experience for him.

“My first reaction was I never knew this world existed,” he laughed. “I didn’t really expect it to be as big of an industry as it is, with the stuff flying in and out of the doors and last-minute deliveries. It was a lot faster than I thought it was going to be.”

Chuck went from a warehouse associate to being a driver and then on to the city desk. He soon got used to the fast pace and constant learning needed to meet customer demands.

“I look forward to the learning,” he explained. “I like changing things up a lot and having new challenges. When you’re trying to grow your career, I always look for the next possible chance to develop my skills.”

Chuck would eventually be in charge of operations at Border State Supply’s Brooklyn Park, Minn., branch. When Chuck took over, that branch had been struggling a little.

“One of the challenges at that stage in my career was that I was 27 when I took that role. At that point I was in charge and a lot of the people that had trained me or helped me get to where I was were now my peers,” he said. “So it was kind of a challenge to essentially be in charge of them and hold them accountable.”

While that made a challenging situation a bit more difficult at times, Chuck and his colleagues made it work, he said.

“Those were the people that a lot of time helped me get to where I was and I owed them a lot of gratitude,” Chuck said. “But I think it went well because instead of bringing in an outside candidate that had more experience or had maybe been more qualified, I think it helped bringing an internal person into it.”

Rather than cause problems, the relationships enabled Chuck and his colleagues to succeed, he explained.

“I can relate to everyone. I knew everyone so I could get through to them and it made our relationship pretty good,” Chuck said. “I think they respected the fact that I had been in the trenches with them or had done their job with them before. They respected that.”

Chuck and his colleagues deal primarily with electrical contractors, he explained.

“Everything from residential to hotels to hospitals; kind of all flavors of different types of contractors,” Chuck explained.

Chuck is single and enjoys the outdoors in Minnesota.

“Yeah, I do a lot of hunting and fishing,” he said. “It’s a great area for it here. I do a lot more summer fishing than ice fishing. I’d much rather be on the boat when it’s 65, 75 degrees out than sitting in an ice house!”

A. I’d say the biggest thing is just never be afraid to get outside your comfort zone. Try to find ways to say yes. The industry in general, and Border States in particular, encourages getting out of your comfort zone. Things just seem better when you take on a new role or whatever. You just need to jump in with both feet.

Q. It wasn’t that long ago that you were a “new kid” in the industry. What similarities—and what differences—do you see in the “new kids” who are just now joining the electrical industry in your company?