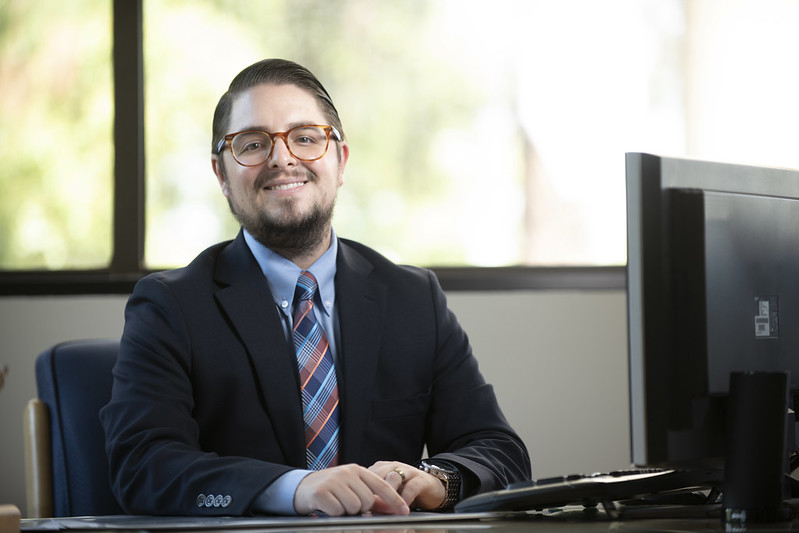 After graduating from Centre College in Danville, Ken., Sean Ellis worked in Washington, D.C. as a Senate staffer and economic advisor on several political campaigns (gubernatorial, congressional, as well as presidential) during two election cycles.

“I guess the easiest way to put it, I was working 80 hours-plus weeks, and was equal parts sleep deprived and saddled with student loan debt,” he said.

Sean began considering alternatives which led to an opportunity in the electrical industry.

“I enjoyed delivering a victory to a happy client. It’s what I enjoyed most in my time in politics, but I knew there were other environments, I suppose, which were slightly less taxing and perhaps just a little more rewarding financially,” he explained.

Thus in 2010 he started at Ace Electronics, a contract manufacturer and assembly house and he has never looked back.

“I was excited about what I saw. It was a manufacturing facility located in Detroit,” Sean explained. “So I was quite lucky to be exposed to the core of best practices in the industry. I really was fascinated by the workmanship, by the pace at which things moved. It was a fantastic opportunity.”

Sean advanced in the industry, later working at Graybar, among other companies. In January 2019, he started at B&K Electric.

“And prior to that I did about a six-year stint with two German multinationals. I once had a recruiter refer to my resume as a ‘tasting menu,’” he laughed.

B&K appealed to Sean for various reasons including the ability to have an attractive work-life balance, he explained.

“I took a look around and of course the market is much, much better than it was when I entered the business. I had a number of fantastic opportunities and B&K presented the best shift for me at the time to restore that work-life balance,” he said. “Also, I could continue working on many of the projects and with many of the same stakeholders I had worked with for the last few years.”

His current title at B&K Electric is program manager-automation and control.

“I’m officially charged with the responsibility for all of our automation and control product lines. And what that entails is formulating the business strategy and supervising execution of our mutual action plans between the company and our principle vendor partners,” he explained. “On a deeper level we focus on generating new strategic partnerships and new applications, new markets—building a pipeline of projects.”

Sean and his wife, Keyda, have two children: a daughter, Minnie (four years old) and a son, Sean, one year old.

“I cannot discount how important my wife’s support has been in my commitment to forging a career in this business,” Sean said. “There’s been many, many nights away from home at some distant factory or trade show.”

But when he’s at home, the family has a few hobbies.

“We live for days at the beach and riding our bikes,” Sean said. “I love riding bikes with the kids in tow.”

A. Mentors are very important. I wouldn’t have accomplished a tenth of what I have in this business without the assistance and the guidance provided to me by mentors, many of whom I continue to consult regularly in the course of my career.

And when someone avails themselves to you, don’t discount it for the opportunity that it is. You might actually have to work a little bit harder when you bring a mentor into your lexicon. I think that’s something some people are averse to, but that sounds like a pretty good arrangement to me.

And I’ve sought that out. It’s definitely been something that has worked for me. I would recommend seeking out mentorships and making them a part of who you are.

A. The more we can recognize that this is actually a technology-driven industry, I think the more likely it will be that we can attract younger people to it.

With the Internet, we’re living in this connected world within which the majority of the most prized customers are in fact more sophisticated than us—not every customer, but the best customers, the ones where you can make the most margins are more sophisticated than us. And it’s imperative to recognize this truth as an industry and in our approach to these types of clients.

In order to be profitable, we need to position distribution as less of a broker and more of an integral partner in the customer’s supply chain.

And part of tuning our approach to those clients is having a more diverse workforce, a younger generation of leaders in the workforce to call on these customers.

I am a firm believer that the only method by which to ensure this relevance is through the proper understanding and application of converging technology. So you’re going to need people that understand that applied technology. These are the people we need to attract.

I write the 30 Under 35 profiles. Thanks for your interest. Here’s a link that will explain the nominating process:

US Job Openings Slip, Though Remain at Healthy Level