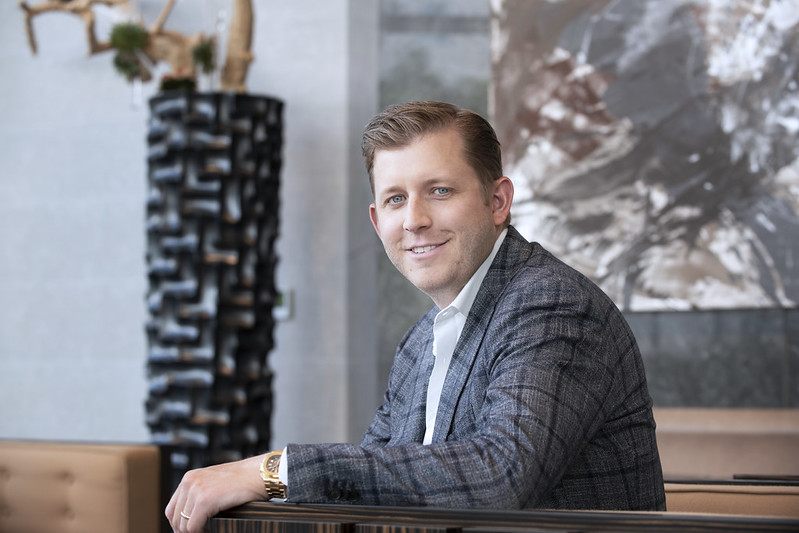 Young Thomas would often spend after school hours at his grandparents’ house, he said. Looking back, that was when he first began to hear about electrical wholesaling.

“His passion was to talk about the industry and the business. I think my first job was taking his P&Ls for the different branches and shredding them when he was done looking at them,” Thomas said, laughing a bit at the memory. “But then, over time, I’d hear more and became more interested.”

Thomas joined the business full time when he was 18. But not before a series of family negotiations.

His grandfather wanted him to go into the business from high school but his mother was hesitant and wanted him to pursue a college degree. He had been accepted at Southern Methodist University.

“She was concerned that if I didn’t like the business, or the business didn’t like me, that I wouldn’t have a degree to fall back on,” Thomas explained. “So I sort of compromised and said, ‘OK, I’ll go to university. I’ll do a year.’ If I still wanted to leave and join the business, we agreed I’d leave with mom’s blessing.”

He enrolled at SMU and enjoyed the academic challenges. But both his passion for the business, and his grandfather’s advancing years, pulled him towards the company.

“My grandfather at that time was 83 and I knew I didn’t have too much longer to work with him and learn from him,” he said. “I knew that would be an opportunity that I would always regret if I passed it up.”

Thomas began working full time in 2006. The learning challenges came at him pretty quickly but one thing immediately stood out to him.

“I think one of the biggest things for me was picking up the nuances of the customer relationships and how important the pre- and post-sale services are,” he explained.

The focus on value-added and personal services is part of the reason why most City Electric Supply branches are fairly small or medium-sized. Their average branch in the United States is about 6,500 square feet.

“Our model is having smaller branches, more localized to our customers and trying to be known as the wholesaler that will really go out of their way to solve problems for you,” Thomas explained.

“I focus my time primarily on what the future of the company looks like and how we’re putting decisions in place to take the business from where it is now to where we think it needs to be in five or 10 years,” he explained.

Thomas and his wife, Nasiba, have three children.

With his schedule, however, hobbies often take a back seat, Thomas admits.

“I do a little bit of road cycling when I can,” he said. “And I lived in Switzerland and then Colorado growing up. So I’m an avid skier but unfortunately I don’t get too many days a year on the slopes anymore.”

A. When you join the industry, I think you really want to be inquisitive. We have a very friendly industry. The contractors, the manufacturers and your colleagues at the wholesaler are all really willing to give time and help people learn the industry. It feels very family-like in this industry. And so I always say don’t be afraid to say that you’re new to the industry and don’t be afraid to ask questions. People will see you being interested and wanting to learn. There are a lot of people willing to give their time, guidance, experience and knowledge and pass that down to you.

A. I think in a lot of ways it’s changing the image a bit. One of the things that we’ve been investing in and focused on is sprucing up the general appearance of our locations. If you came to our headquarters here in Dallas, we’ve made the space feel very modern with a tech feel. I think by doing that you start to sort of change the perception and feel of what the industry is.

We are an industry that in a lot of cases people kind of stumble into as opposed to coming here intentionally. And I think that’s because we haven’t always been great at talking about the fantastic opportunities and the great careers that can be built.

That’s really how we’ve tried to be focused. Trying to be more diverse is always something that we’re pushing for. And I think we’re achieving it but slower than we’d like to. But it’s getting better by the year.

I think that a lot of it has to do with how the industry has been presented in the past. And I think that is slowly changing, but it’s certainly not changing rapidly, unfortunately.