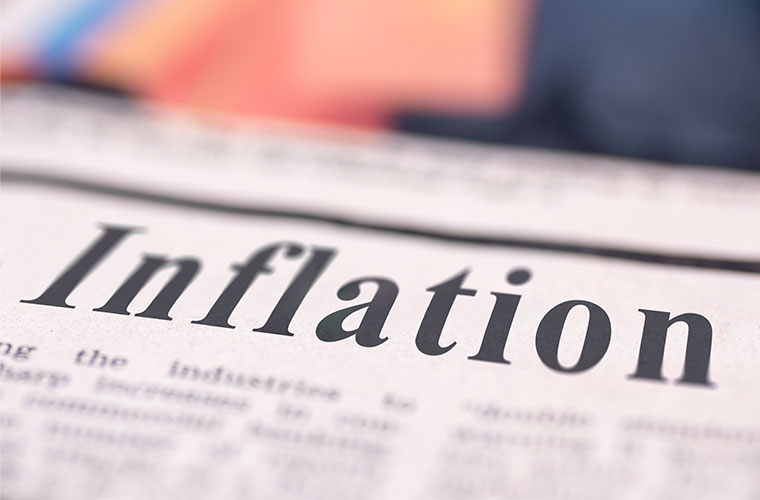 WASHINGTON (AP) — An inflation gauge closely tracked by the Federal Reserve surged 6.6% in March compared with a year ago, the highest 12-month jump in four decades and further evidence that spiking prices are pressuring household budgets and the health of the economy.

Yet there were signs in Friday’s report from the Commerce Department that inflation might be slowing from its galloping pace and perhaps nearing a peak, at least for now.

Excluding the especially volatile food and energy categories, so-called core prices rose 5.2% in March from a year earlier. That was slightly below the 5.3% year-over-year increase in February, and it was the first time that 12-month figure has declined since February 2021, before the inflation spike began. And on a month-to-month basis, core prices rose 0.3% from February to March, the same as from January to February.

Friday’s report also showed that consumers increased their spending by 1.1% last month, more than many economists had expected and a sign that inflation hasn’t yet caused Americans as a whole to pull back on shopping. The gain largely reflected higher prices at the gas pump, grocery stores, and other places where Americans shop for necessities. But even adjusted for inflation, spending rose 0.2%.

Sharp gains in wages and salaries are enabling many consumers to at least stay close to inflation. A separate report Friday from the Labor Department showed that employees’ pay and benefits jumped 1.4% in the first three months of the year, before adjusting for inflation. That was the highest such increase on records dating back two decades.

High inflation and strong wage increases are leading the Federal Reserve to plan a series of sharp interest rates hikes in the coming months. The Fed is set to raise its benchmark short-term rate by a half-point next week, a faster move than its typical quarter-point hike and the first increase that large since 2000.

Outside the United States, too, inflation is surging, forcing other central banks to either raise interest rates or move closer to doing so. In the 19 countries that use the euro, inflation reached a record high of 7.5% in April from a year ago.

In Europe, spiking energy prices stemming from Russia’s invasion of Ukraine are playing a bigger role in driving inflation. The European Central Bank may have to raise rates later this year even as growth in the region has slowed because of the war.

At the same time, paychecks are expanding at a healthy pace, helping consumers keep up with some of the inflation spike. Employers are raising wages because many of them are desperate to find and keep workers. Job openings are near a record high, and the unemployment rate, at 3.6%, is just above the half-century low it reached just before the pandemic.

Still, inflation remains chronically high, and Americans are taking an increasingly negative view of the economy as a result. About one-third of respondents to a Gallup poll, released Thursday, cited inflation as the most important financial problem their family faces today, up from fewer than one in 10 who said so a year ago.

The gloom that has gripped public opinion as inflation has accelerated is posing a growing political threat to President Joe Biden and Democrats running for Congress. Biden has pointed to a strong job market and solid consumer spending as evidence that his policies have helped Americans. But that view absorbed a setback Thursday, when the government reported that the economy actually contracted in the first three months of this year at a 1.4% annual rate.

Even so, consumers and businesses increased their spending at a solid pace in the January-March quarter, even after adjusting for inflation, a sign that the economy is healthier than Thursday’s dismal figure for the nation’s gross domestic product suggested.

How consumers respond to inflated prices — and much higher interest rates from the Federal Reserve — is one of the unknowns facing the economy this year. Moody’s Analytics estimates that the average household is spending $327 more each month to buy the same things they bought a year ago.

In addition to higher pay, some economists think that elevated savings, which many Americans built up from stimulus checks and other government aid during the pandemic shutdowns, could help sustain consumer spending in the coming months.

Economists have estimated that Americans have about $2.1 trillion more in savings than they did before COVID, with some of that cash in lower-income Americans’ bank accounts. Economists at Bank of America note that, according to the bank’s data on checking and savings accounts, Americans who earn under $50,000 a year had an average of about $3,000 in their accounts in February — roughly double the pre-pandemic level.