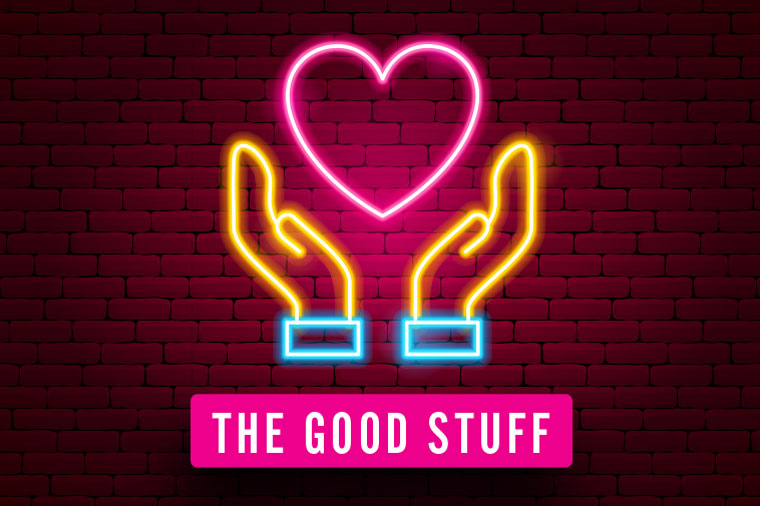 Welcome to “The Good Stuff”, where we highlight positive news and ways that employees of NAED-member companies go above and beyond to give back to their communities! If you have some “Good Stuff” that you would like to share with tED magazine, find out how below.

In this issue, we’re looking at CES’s Phil Flaherty.

DALLAS, Texas — City Electric Supply’s (CES) Global CFO committed to raising thousands of dollars for a nonprofit organization, and that’s exactly what he did. Phil Flaherty exceeded his initial goal and raised over $17,000 for Make-A-Wish®, the nonprofit organization that creates life-changing wishes for children with critical illnesses, by running a half marathon. It all began when he first heard about what over 500 CES branches in the U.S. were doing to support the organization.

“I’ve attended some of the Make-A-Wish events at the branches, and I was always impressed with how [CES branches] got their customers involved,” said Phil. “The great example the branches were setting got me thinking about what I could do for this important cause.” Phil decided to tap into one of his passions and get involved. Fortunately, he realized he already had a template for success. In 2014, he ran a half-marathon in honor of his stepmother, who passed away from bone cancer.

Setting a goal to run another half-marathon and raise funds for the company’s national partner, Phil called upon his friends, family, and colleagues to make donations and sponsor him. Reactions were quick and enthusiastic, with one friend alone replying in less than five minutes.

“I started with a goal of just $5,000 but had to increase the target amount a few times as I continued contacting people,” said Phil. “It was a pleasant surprise to raise that much in such a short period.”

At the beginning of an eight-week training program to ensure he felt his best when it was time to run the marathon, Phil experienced a setback of getting sick before he was supposed to run.

“I was actually quite ill leading up to the marathon. I had a bad cough and wasn’t sleeping well or feeling great,” said Phil. “The day of, if I hadn’t had the sponsorships to encourage me and people hadn’t had confidence in me, I wouldn’t have done it.”

“We are so proud of Phil for taking on this challenge and fulfilling this amazing goal he set for himself,” said Paul Lambert, President of runDallas. “Stories like this are why we love putting on this festival every year. It’s about bringing people together and supporting the community.”

The nonprofit organization runDallas hosts year-round events, the largest of these is the BMW Dallas Marathon Festival. Events during this recent festival included full, half, and ultra-marathons, 5K and 10K challenges, kid’s races, and more.

CES encourages more than 3,000 employees from all over the nation to get involved in philanthropic events and causes they truly care about in their communities through its social impact division, CES Cares. The company became a national partner of Make-A-Wish in 2020. With the support of customers and employees, CES has contributed more than $400,000 to help grant life-changing wishes for children with critical illnesses.

“By partnering with Make-A-Wish, we can make a big impact on the lives of children affected by a critical illness and their families,” said Phil. “I feel I have an obligation to help. Everyone can have an influence, and the more people help, the more other people will want to.”

While this marathon was a success, Phil is already looking forward to the next chance to get involved and give back.

“The joy certainly outweighed the effort. The truth is, we’re all very busy. It takes some commitment, but once you commit, you’ll follow through and be glad you did,” said Phil. “It was a privilege to participate, and I want to thank everyone who supported and believed in me. It always feels better to give than receive, so I hope I can give back five or ten times more next race.”

tED wants to know about your “Good Stuff”. If you work with someone who is helping other people, or a group of co-workers that’s creating better outcomes, we want to know about it.

Please send your “Good Stuff” to Editorial & Web Assistant, Marie Jakle at mjakle@naed.org and Online Editor, Nicky Herron at nherron@naed.org. Send us details, names, and photos if you have them.