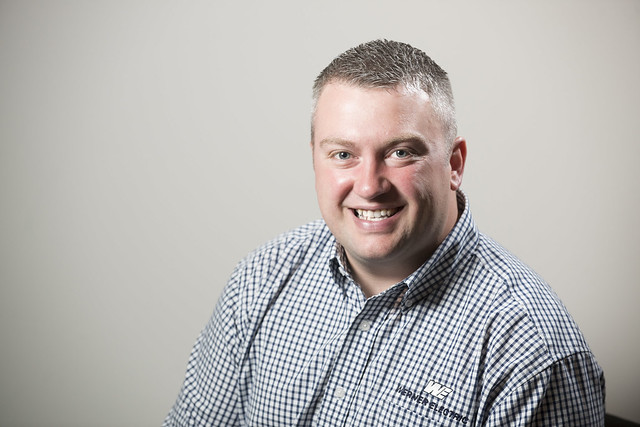 It was by a degree or two of separation that Wilbert Gilpin (“Bill” to one and all) first heard about the electrical industry in general and Werner Electric in particular.

His mother was working for Healy-Ruff, a manufacturer of control panels for water pumps and towers. Bill worked there during his summer vacations in high school. At the time, Werner was one of their suppliers.

“That is where I first got to know some of that stuff,” Bill explained. “Then my mom ended up moving and she later went to work for Werner.”

She helped him get his foot in the door in 2004 and that was all he needed, as things turned out.

“I think it was a great opportunity for me to be joining the company,” he said. “It gave me a lot of opportunities to show my skills and my continuous improvement mindset, to be able to help the company do some projects to make things more efficient.”

After gaining a couple of year’s experience, Bill became a supervisor in the warehouse.

“Then I led many different departments and eventually oversaw almost all of the daily operations in our warehouse. That was about six or seven years before transitioning out of the warehouse and to the office functions and now to the role I am in today,” he said.

That current role is as a contract data manager.

“I lead two teams that do different functions but are essentially tied together,” Bill explained. “One of my teams is essentially a pricing team. They load all the pricing, the customer pricing for our customers and for our company. The other side of my team, the data side for lack of a better term, is our product file team. They are in charge of all of the product information, all of the product attributes within our ERP.”

Even with his success at Werner, Bill has gone back to school—Bethel University in St. Paul, to be exact. He’ll get his BA in business management in 2018.

“I love to learn,” Bill explained. “As I was growing within the company I wanted to find all the different ways I could add value and one of those was by getting my degree in business management.”

Bill and his wife Taylor have two children. A son, Zane (4 years old), and a daughter, Teagan (1 year old). Even with two small children and his busy work-school schedule, Bill manages to find some time for hobbies.

“We find time to be with friends. Both my wife and I share a lot of the same best friends,” Bill said. “I am in a golf league in the summer. Depending on the school schedule, I play in some basketball leagues in the winter. I definitely like to stay active.”

The advice that I give is that you’ve got to put in what you want to get out. But a lot of times people want things given to them. I think one of the struggles that I see people having is that they are not willing to put in the work.

What has changed the most in the industry in the past five years?

For me, and it is close to home right now because I kind of own some of it, it is visibility due to technology. With e-commerce becoming a bigger part of B2B on transactions—even if it is not the actual transactions, but the visibility where one customer can compare pricing across thousands of competitors at the click of a button.

I work with some product managers, especially in the really competitive commodity type of fields. And it’s getting more and more important to have competitive pricing because it is easier and easier for customers to shop and place purchase orders without talking to somebody.

Fortunately for us, Werner has been able to have a really good support team that cares about people and the customer relationships. But I think one of the challenges we face is how do we keep those relationships intact while we still go with the technology trends. Where can they overlap and how do we bridge it?