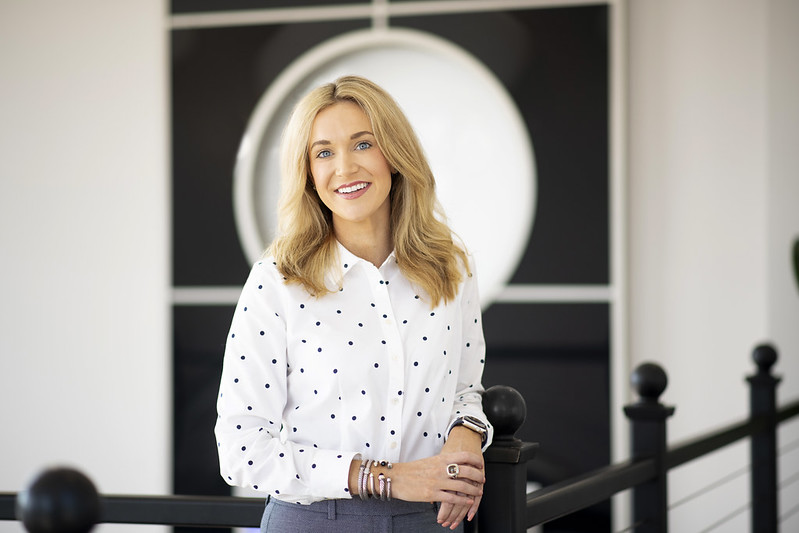 Jordan Harris graduated from the University of Mississippi with a psychology degree. While psychology can be helpful for many professions, it isn’t the first thing an electrical distributor might look for.

But Jordan was no stranger to the industry. Both of her parents worked in construction and were experienced in working with various electrical distributors.

“I remember days my mother would leave for work in high heels and come home in boots with ‘hardhat hair.’ And I’d say to her, I’ll never do that,” Jordan laughed. “Well, never say never because that’s the new norm for me now too. I could have never dreamed this would become my passion.”

Having grown up in Jackson, Mississippi, Jordan was familiar with Irby which has been there since 1926 and is one of the largest Mississippi-based companies.

Jordan joined Irby in Human Resources in 2015. She worked successfully with senior leaders on major people initiatives throughout her tenure in HR. More recently, Jordan received another promotion, moving into the field as the branch manager in Pensacola, Fla.

As she advanced, Jordan began to see different aspects of the company and the overall industry.

“While learning the business I often went on sales calls, met with vendors, and attended sales meetings and training with the field,” she explained. “I had a fantastic opportunity to work alongside very knowledgeable and experienced teams.”

While she was in HR at this time, looking back this was about the time Jordan began to wonder about, well, someday…

“I was exposed to the challenges and complexities of the sales cycle in our business,” she said. “I believe it was really during that time when I began to think about getting into the field someday.”

Thus, on November 1, Jordan was named manager of the Pensacola branch.

“Our customer base in Pensacola is a healthy mix of commercial and industrial business,” she said. “We have a very tenured team here, making it a great learning ground for me, as well as a challenging opportunity to fill the talent pipeline for the future of our branch.”

While a few years ago she may not have envisioned herself as a branch manager, Jordan now realizes that, in a way, it was part of Irby’s plan for her. And when an Irby executive approached her about being a branch manager, she was open-minded about it.

“One of our presidents, whom I deeply respect, approached me about the opportunity. Secretly apprehensive, I discussed the opportunity with Sonepar and Irby senior leaders who had mentored me. The deciding factor was a phone call to our senior president, and he basically said, ‘Jordan, you gotta do it.’ That was the best advice I was ever given,” she explained. “And that is how the transition happened. It wasn’t something I had been planning.”

Jordan is also pursuing her MBA at Belhaven University. She is single and with finalizing the move from Mississippi to Pensacola, barely has much time for hobbies.

“But I am an avid Ole Miss football fan, and enjoy traveling to Oxford every weekend I can,” Jordan explained, clearly not planning to convert to the University of Florida team any time soon.

A. Ask for forgiveness, not for permission. Living out that phrase has allowed me more opportunities than I can count. Take initiative and get involved in areas of the business that are outside of your formal job description.

That’s what I mean by asking for forgiveness, not for permission. If there is something that interests you or an ongoing project and you have spare time outside of your responsibilities, jump in and contribute.

And don’t be afraid to fail. Early on, I was quite timid and oftentimes didn’t take action or voice my ideas, thinking, “Oh, I’m too new. I don’t know what I’m talking about.” I quickly learned that was not always the case, and challenging the status quo can lead to great things.

Take every opportunity and challenge that is offered to you. And if necessary, relocate for the next step in your career. You won’t regret it.

A. I believe we are on the right path, and that Irby and Sonepar are doing an excellent job in this work. It may arguably be the number one HR initiative for the business, outside of addressing the aging workforce. We’ve recently undergone an entire rebranding to position ourselves to be more attractive to all candidate pools.

At the end of the day, the faces of our customers are changing and we have to change as well. We know that research tells us that diverse organizations are more innovative and have a competitive advantage. We’re making really great strides; in fact, we have significantly more women in management roles today than we’ve ever had.