How far are you willing to travel to gain new insights and leadership skills?

How about half a world. 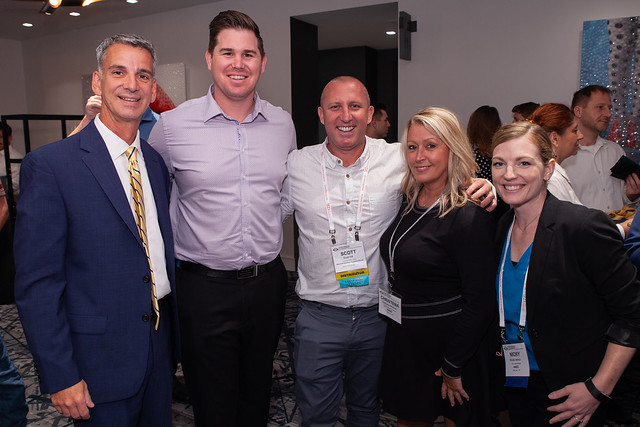 Hill and Wattleworth work for Advanced Electrical Equipment, which is based in Perth and has 5 branches in Western Australia. Advanced decided to join NAED late last year, and they were quickly teamed up with NAED Member Engagement Manager Christena MacBain. Advanced Electrical Equipment decided it would send two employees to the United States to attend the LEAD Conference. The company created a nomination process to decide who would come to the conference, and out of 20 nominees, Hill and Waddleworth won the opportunity to attend. So MacBain decided to make the trip even more worthwhile.

Before arriving in Nashville, Wattleworth visited San Francisco, where he did the typical tourist things. He described San Francisco as both “expensive and beautiful. We did Alcatraz, and we rode bikes across the Golden Gate Bridge. It’s very relaxed.”  From there, Waddleworth went to Austin, Texas, because he heard about the barbecue there. He spent three days touring restaurants and eating.

Hill took the Northeastern route to Nashville, stopping in New York City for three days. “It’s mind-blowingly big,” Hill reported. “I lived in Sydney for years, and now I live in a town of 15 thousand people. When I was in New York City, I was surrounded by 15,000 people on the street.” Hill did have one interesting experience while in Manhattan. He was caught in the middle of the massive power outage on July 13th. He said he wasn’t concerned when the power went out, but it was an interesting experience. 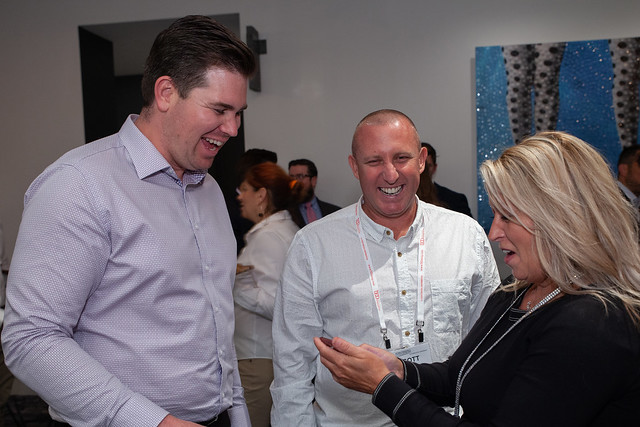 When Hill and Waddleworth arrived in Nashville, MacBain put together a plan to allow them to visit a Border States Electrical Supply branch nearby. Hill, who has worked for Advanced Electrical Equipment for the past 7 years, and Waddleworth, who has been in electrical distribution for almost 12 years, including the last two and a half with Advanced Electrical Equipment, were surprised by the volume of business and the size of the branch. And it was worthwhile.

“They took us through every facet of the business,” Hill reported.

“Their hugeness as a branch is bigger than our business as a whole,” Waddleworth added. “This is a big business, and we can’t fathom something this big.”

Hill also noted how busy the branch is when it comes to counter sales. “Their fourth biggest customer counter. They have seven people working the counter at one time,” Hill observed. “We have seven people total in our branch.”

Despite those differences, both Waddleworth and Hill did recognize a number of similarities, despite the fact that Nashville and Perth are more than 11,000 miles apart.

“The similarities across every facet are surprising,” Hill said. “Delivery issues can be massive. Communication within the business can be a bit of an issue.”

“Inventory was another issue. How do we make sure we have just core stuff and not too much inventory. They have dead stock just like us,” Waddleworth added. 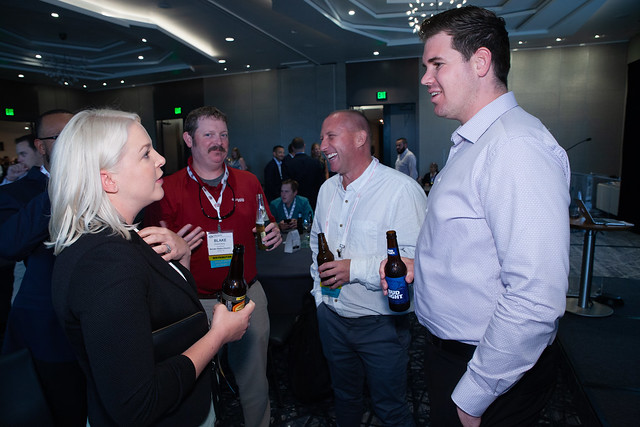 Their hosts took notice, too.  NAED’s MacBain tracked down Blake King, Branch Manager at the Border States location in Nashville, to host the Australians on their visit. King says all six of the Advanced Electrical locations in Australia don’t match the amount of volume as his branch alone, but the Australians still learned a lot from the visit. “They were asking if that was busy like that every day,” King said. “When you are out and about downtown, you will see cranes everywhere.  They were impressed with the size and the inventory and the amount of transactions that we do.”

King said he learned a few things from the Australians, too. But most of it was the different lingo they use to describe products and practices. “We talked a lot about our ESOP, which is a huge part of our culture here. They were really interested in that,” King added.

Both of the Australian visitors  paid close attention to business practices while at the Border States branch and the LEAD Conference.

“The desire for perfection stands out here,” Hill said. “You don’t see as much of that in Australia.”

And Waddleworth was amazed to see people from different companies working together at the LEAD Conference. “Seeing four competitors talk about their business with each other is something we don’t see in Australia,” he said. “We don’t appreciate how hard this industry works, and you guys value what it is that you do.”

If Waddleworth and Hill have their way, this will not be their only trip to the United States to learn more about NAED and best practices in electrical distribution. “We planted some pretty valuable seeds while we were here. It’s very open-ended and we will be reaching out in the future,” Hill said.

“We are making a massive effort to keep in touch,” Waddleworth added.

Both Hill and Waddleworth were impressed by the number of women working at Border States and at the NAED LEAD Conference, and they want to share that diversity when they go home. But King says both men really liked the food Nashville has to offer.

“They really like fried chicken and barbecue.  So I took them to a restaurant and they ate there every time,” King said.